Mr Middleton says: The more you grow, the less you buy.

1. Look to Tomatoes.- Outdoor tomatoes should now be growing satisfactorily. Continue to train indoor tomatoes correctly. Prevent an overgrowth of side shoots. Allow plenty of ventilation to assist the setting of the fruits. Gentle damping down of the plants each day about noon helps pollination considerably. Keep an eye open for tomato mildew attacks. Pale yellow areas first show on the upper surface of the leaves, followed soon by the appearance of the mould on the lower surface, at first yellow and then turning dark brown. Good ventilation helps to prevent it.

2. Puddle Brassicas.- When brassicas of any sort are put out during dry weather it is advisable to puddle the roots. Make a thick mixture of water and clay and dip the roots in it so that it sticks to them, then plant.

3. Runner Beans as Bushes.- If a large number of scarlet runner beans are grown, or if stakes are not available, you can grow them as bushes. They are planted in a single row and the tops pinched off when the plants are about 2 ft. high. This helps them become bushy. The pods are never so long or straight as on trained plants, but they are worthwhile.

4. Feed and Plant Out Cucumbers.- Cucumbers can be given an occasional feed with liquid manure. Once a week would be often enough.

5. Look to Next Year’s Strawberries.- Select good strawberry plants from which to save runners. One year old plants generally give the best results. Do not save from any plants showing signs of disease. Ground beetles often show a partiality for strawberry fruits. They like raw meat even better, so it is possible to trap them by putting a little at the bottom of a glass jar and sinking this to the brim in the soil. It should be examined regularly. Ground beetles or Carabids are beneficial insects and should not be destroyed unnecessarily.

6. General Work.- It will now be possible to begin thinning the fuits of the earliest plums. Earth-up potatoes, first applying fertilizer. Pickling onions may still be sown. Continue to build up the compost heap. Stake Brussels sprouts in windy places. Look out for Woolly aphis.

Mr Middleton’s words ‘the more you grow, the less you buy’ will strike a chord with all of us who are lucky enough to be growing our own food while we are in the midst of yet another food scare. Once again it hits home to us that when we eat our own home-grown food we know what has gone into it and, maybe more importantly, what hasn’t and how it was produced. Nothing can beat that.

I quite like the idea of ‘puddling brassicas’. I suppose by enveloping the roots in mud before planting this will help them to develop, especially in light soils. It might be worth experimenting with some that have had a mud bath and those that haven’t.

The runner beans are about 3 to 4 ft high and are clinging to the supports and have actually started to flower. I am in high hopes for a really early crop. I love runner beans and can quite easily eat a plate of them oozing in melted butter. No real news on the Broad Bean front other than ‘situation normal’ ie. no change from last week, but the Dwarf French beans have taken to a few soakings and are about to start flowering. Peas are flowering too with the first signs of some pods. Looking forward to one of my favourite summer dishes, Pea Risotto. Excellent with a glass of chilled white wine. 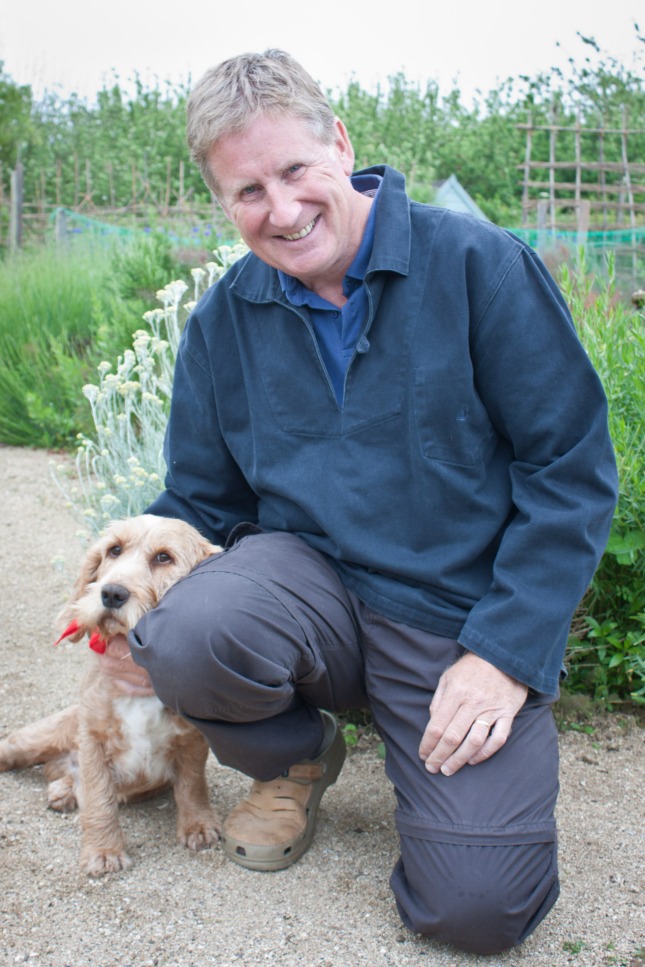 Me & Rog on Hare Patrol

We have a new visitor to our garden. A hare! We have seen it sat on the drive and walking up the lane oblivious to any dangers around him or her. So now Roger is on Hare Alert. He has to earn his keep somehow and so will hopefully raise the alarm if he sees the hare approaching the veg plot. Mmm…we’ll see!

Yesterday was a grey, drizzly day. But precisely that, just drizzle. When l checked the soil it had hardly penetrated 1 cm. As a gardener l am getting quite concerned about the lack of rain over the past few months as l am sure you are too. Remember, it is only early June. We have just had the warmest spring on record and the driest in over 100 years. The reservoirs are not critical but are well below the average for this time of the year and if the weather remains as it is then by August we will all be in a very serious situation. Hose pipe bans will be enforced. Think ahead….look at investing in more water butts just in case we do get some proper rain, mulch the soil when it is wet and this will help conserve moisture, try to use water from the kitchen sink ie. water that has been used to clean and peel vegetables and even washing -up water around the beans. I have set up a mini-irrigation system around a lot of my vegetables set on a timer and this is proving to be a great help. Can anyone else think how we can use water wisely in the garden?

Just a note to remember today is the anniversary of D-Day 6th June 1944 and the men who were fighting on the beaches in Normandy to bring lasting peace to Europe. I visited this area once; the beaches and the massive war graves of all nations involved. It left a lasting impact and l recommend everyone to pay a visit and remember these brave, brave men determined to push the Nazis back and rid Europe of one of the most evil regimes this world has ever seen. 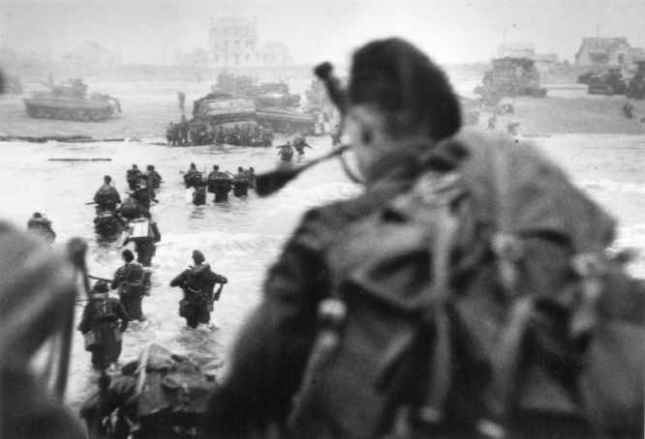