Damson Jam….not for the faint hearted

I have just spent the best part of two hours making Damson Jam. I bought the Damsons from a great greengrocers in Bridport the other day as we were passing through. 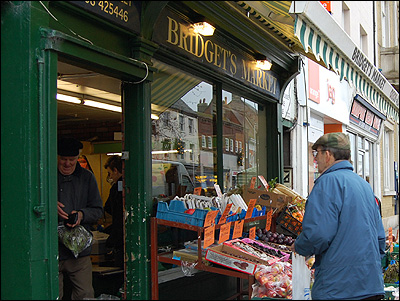 I believe its the same one Hugh Fearnley-Whittingstall visits on some of his programmes. Anyway, having bought my Damsons, Plums and some lovely Cox’s Apples l decided to make jam out of these lovely deep purple nuggets. 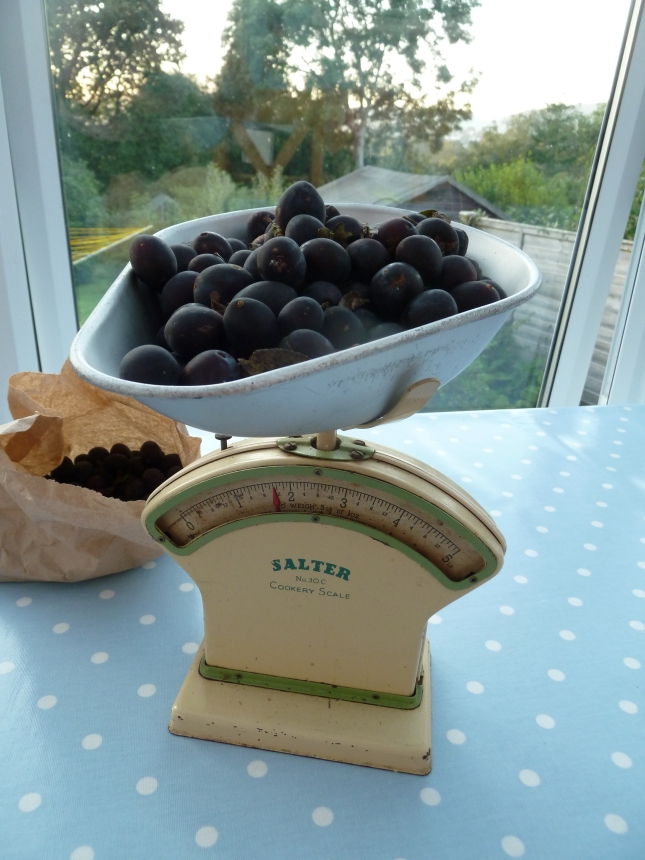 In a large pan slowly simmer the damsons in the water until the damsons break up and release their stones.Now l am guessing maybe l should have made this jam at the start of the day rather than at the end of a rather hard days work. Standing there and slowly removing the stones was not my best job of the day! Top Tip: It is easier to remove the stones once the sugar has been added as they all rise to the surface, Its still a real fiddly job. 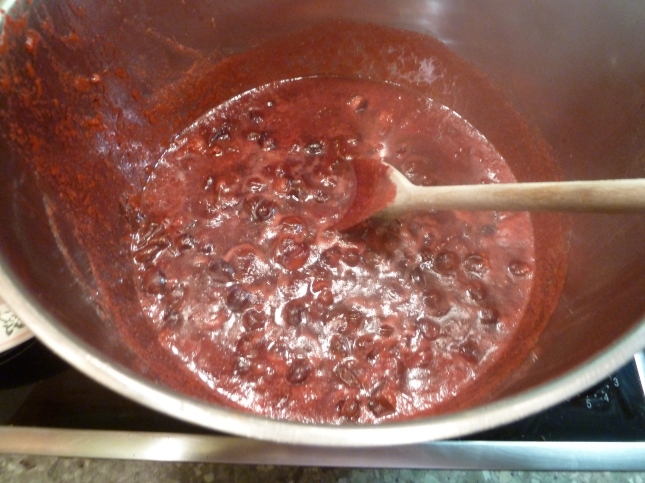 Bring to the boil until setting point has been reached. To test just spoon a small amount onto a cold saucer and let it cool a little. Push the jam with your finger and if it wrinkles and looks like a skin has formed then it should be set.

Pour into hot jars and seal immediately. I made about 5lb. I hope it sets otherwise it will be lovely with rice pudding. PS The next day proved it had set and tasted fantastic. Well worth the effort! 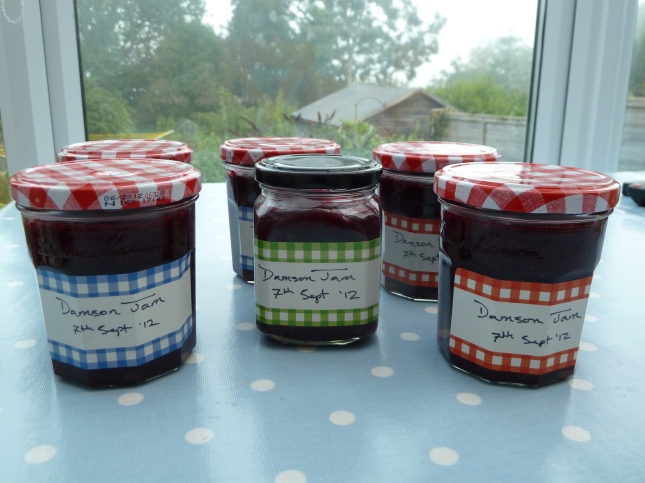 Did anyone watch Wartime Farm? I thought it had the makings of a great series. The addition of scenes of them sat round a wireless listening to Neville Chamberlain’s speech announcing the outbreak of war and Churchill’s rousing speeches was quite moving. Looking forward to the coming weeks.

Posted by Arthur McWerter on September 8, 2012 in September

2 responses to “Damson Jam….not for the faint hearted”